Natural sites in Cartagena: Excursion to the Pre-Columbian Museum

Hand in hand with the agency of ecological tours through the “Ciénagas de La Virgen and Juan Polo” in Cartagena and its mangrove forests, “Los Arriberos”, we took a special tour to one of the most interesting islands of the zone, in which a small group of people have been working for over 17 years in a place dedicated to share the various decorative and ceremonial figures created by the different indigenous communities that occupied the Colombian territory before the arrival of the Spaniards. 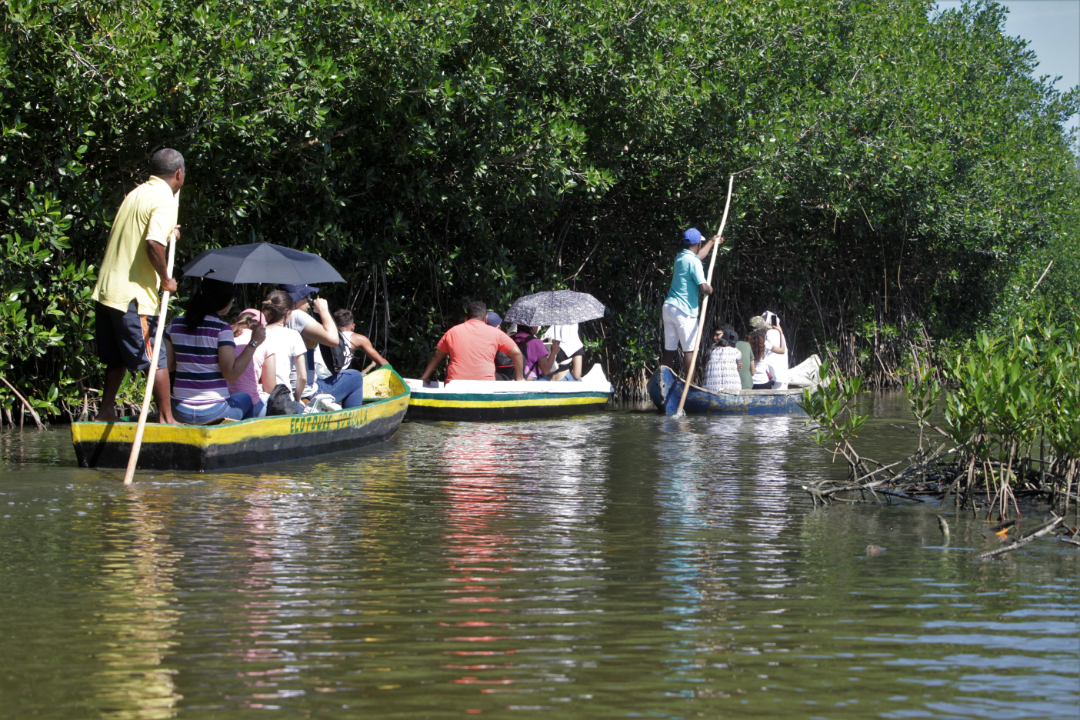 Going on board of traditional canoes, through the beautiful tunnels created naturally by the exuberant mangroves, white and red, after 20 minutes sailing we arrive at a special place which aims to teach people of all ages some of the most important cultural features of ancestral communities, not just of Cartagena, but also from Colombia in general. Indigenous tribes such as the “Calima” culture, the “Nariño”, the “Chimila”, the “Sinú”, the “Mosquito Tamalemeque”, the “Tayrona”, the “Muisca”, the “San Agustín”, the “Tumaco”, and the “Caribe” culture.

How is it like in the Pre-Columbian Museum of Cartagena? (Video). 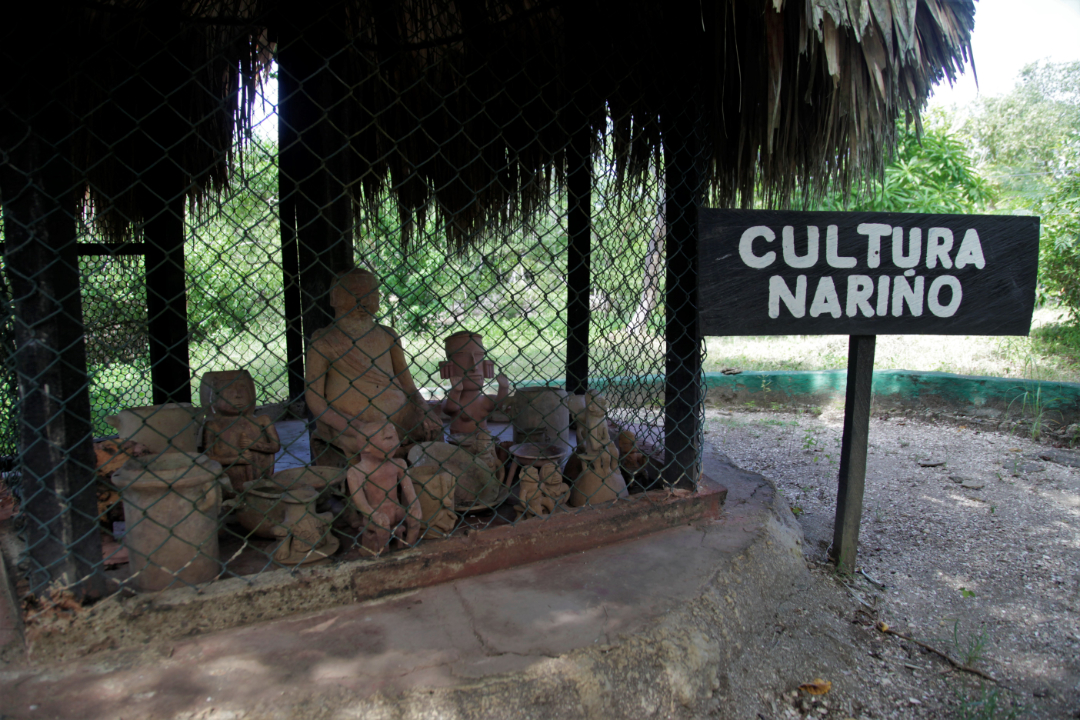 The owners and managers of this interesting museum, have worked very hard to set the proper atmosphere with replicas of Pre-Columbian figures, and one or another authentic article from that era and later periods, such as molds to melt gold, and other different objects in which you can see the influence of the Inca culture in the tribes of the region, such as the “Caribe”, which leads one to think that before the Spaniards, it was they who were trying to colonize them.

Ruben Barón, the person who welcomed us and served as the guide in this brief but interesting journey, told us that the price of admission, 10.000 COP, is used as a special bonus dedicated to the maintenance and conservation of this beautiful place located at “Isla Mirador”, where they do not seek to profit themselves through this activity. 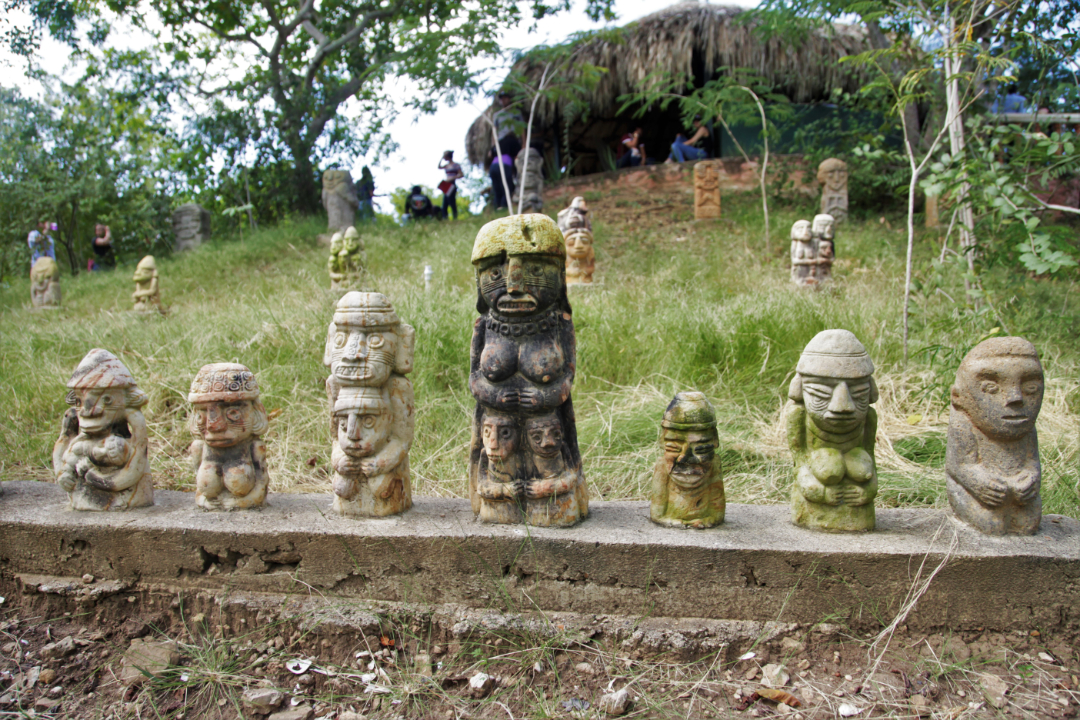 The enjoyable tour ends much sooner than we would like, but we can say goodbye with the peace of mind that we will always be welcome on the Pre-Columbian Island. Ruben even encourages people who come to this place and do not have enough money to pay the entrance, to come in and enjoy the museum.

On our way back, we were able to marvel again with the beautiful and paradisiacal surroundings of this swamps, which are visited, at this time of the year, by several species of migratory birds that arrive in Cartagena escaping the low temperatures of the north, and finding a safe place in our swamps, forests, mangroves, and beaches. We will not get tired of highlighting the efforts of “Los Arriberos” to keep this landscape clean and safe, not only for visitors, but specially so that the great biodiversity that we can find there remains intact.

Are you looking for more plans outdoors in Cartagena? 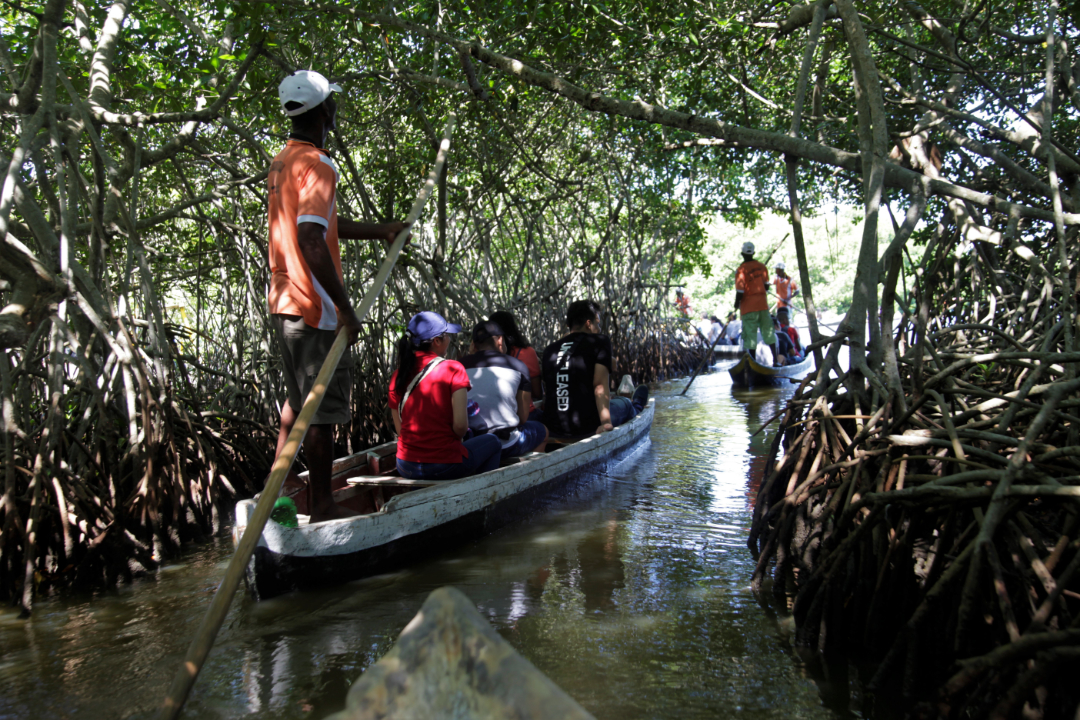 Program yourself and live an adventure that all of your senses will enjoy, and in which you can learn a little bit more abut the first inhabitants of this beautiful region. Remember that in order to get to the museum you must find the sector of “La Boquilla”, and from there rent a canoe that will take you to the “Ciénaga de La Virgen”, by the sector of “Juan Polo”, to the “Isla El Mirador”. 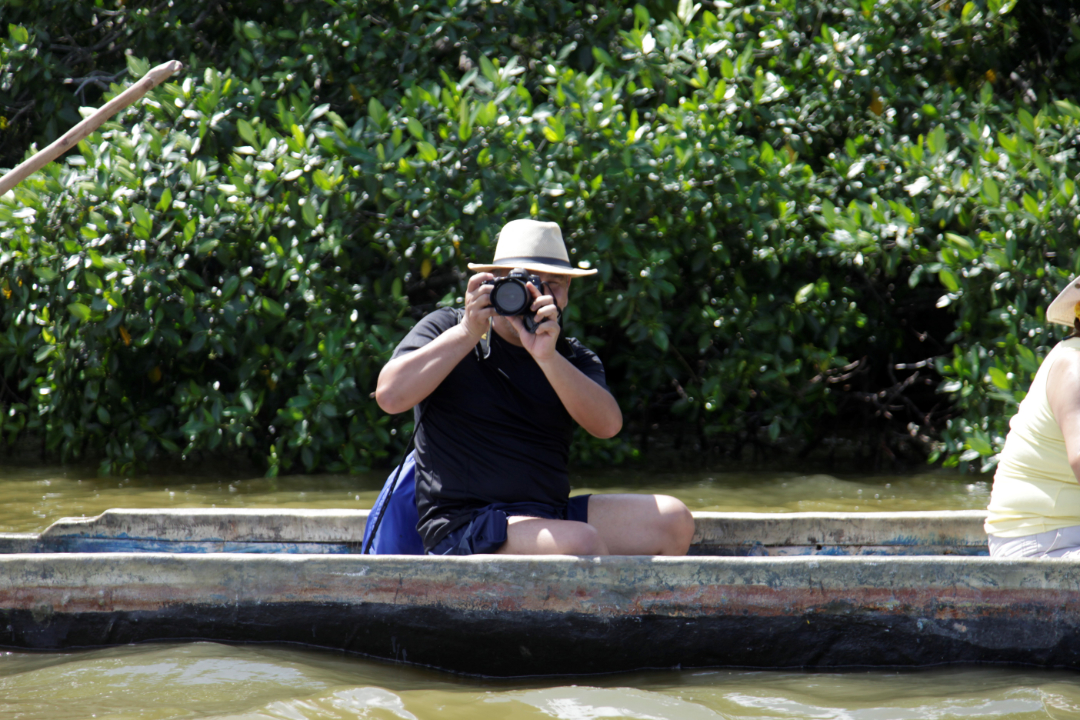