40 minutes away from the Historical Center of Cartagena de Indias, there is a place that keeps a tight connection with prehistory. In there giant reptiles still roam the lands and waters of the area. It is the “Vivarium del Caribe”, a theme park inspired by the evolution of life, in which the sharp teeth, the claws, and the armored skins wander everywhere you walk.

Located in the village of Pontezuela, the Vivarium is a place dedicated to preserve, teach and recreate. Its main attraction are the huge lizards – caymans and crocodiles -, but the park also has different species of wild animals, thanks to the great diversity of Colombian fauna. 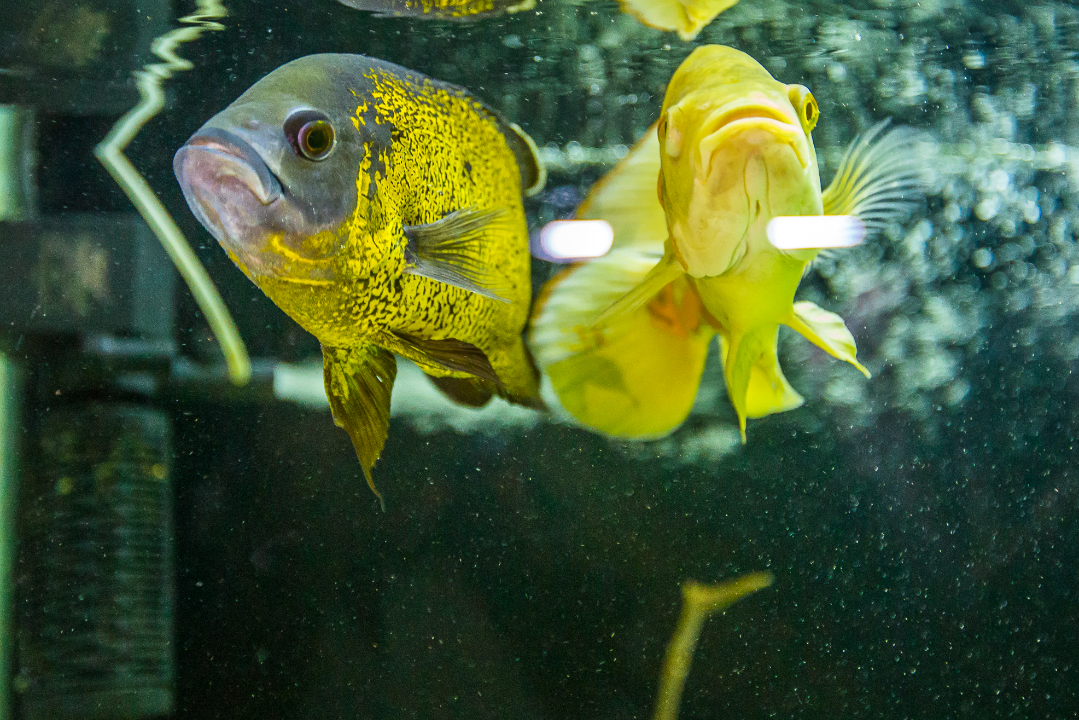 The Vivarium offers a guided tour through modules; the first one is called the Route of Evolution, and it is divided into three sections, in which you can appreciate different species of fish, reptiles, amphibians, insects, arachnids, and crustaceans, all located in well set paludarios and terrariums for you to learn about their evolutionary process. Their scaly bodies, that have adapted to the conditions offered by their natural habitats, give them an ancient appearance; among those that draw most attention we can find the green anaconda, the cichlid fish, the prehistoric turtle “mata-mata” and the “escoloprenda”.

Passing through recreated caves and pretty paths with vegetation on each side, there are other modules such as the Art Hall, with carved figures of reptiles; there is also the service of Reptilian Education, aimed at school students, so that they can learn about the importance that these majestic beings, mostly predators, have for the environment.

Once the academic part is over, the interactive phase of the tour begins, with areas such as the Reptile Nursery, the Turtle Land, and the Babillas’ Island. It is amazing to have the experience of feeding these animals, especially the more than 60 alligators that inhabit the park, whose powerful jaws tear the food that you can offer them with a fishing rod. Seeing so many sharp teeth will leave you stunned, but thanks to the safe setting of this place, you can feel secure while you learn at this interesting theme park of Cartagena. 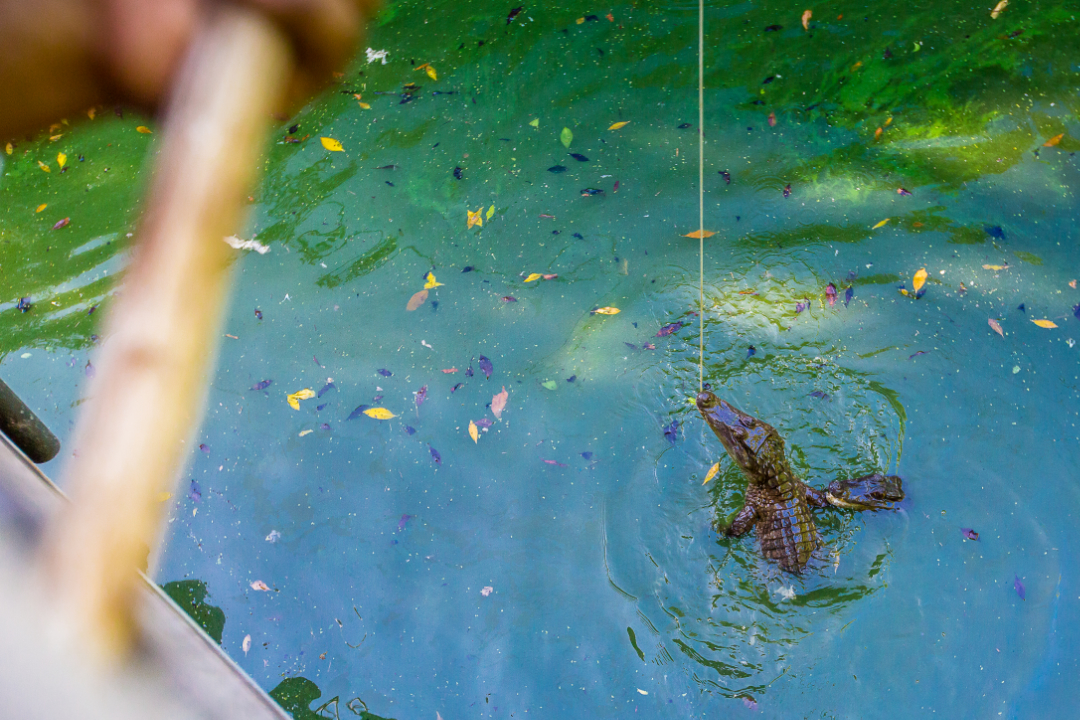 Among the other sections of this interesting park, there is a tour where you get to see different Jurassic crocodile skulls, a walk around a pond where you can feed the ducks, and there is also the possibility of learning about the reproduction of alligators and crocodiles, that, contrary to what most people think, they are not the same species but different.

If watching the feeding process of the smallest alligators is shocking, to witness how the park giants devour their prey with their powerful jaws, during the show organized by Vivarium, it looks like a Jurassic Park movie. And if you are afraid of snakes, letting the docile python wrap around your neck will be the best therapy to overcome it. 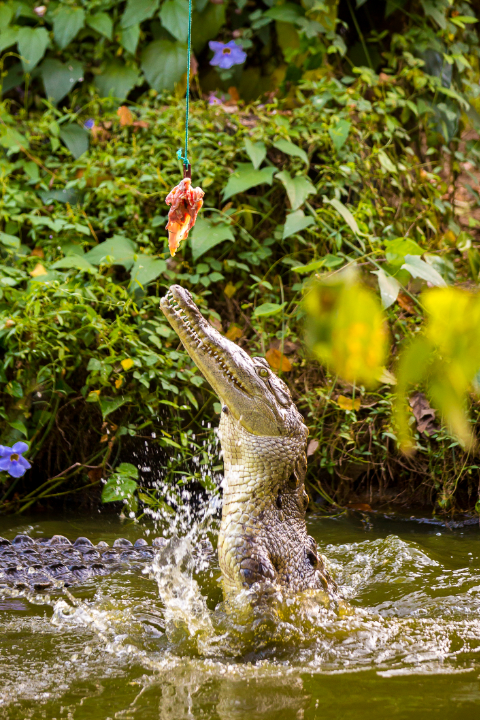 Visit the Vivarium del Caribe in Cartagena and let yourself be surprised about the way these living beings have evolved and adapted through time. Get to know its role in ecosystems and the importance of preserving the different fauna species that have inhabited earth since before humans.