How much do you know about the Fortifications of Cartagena?

The historical and architectural value of the Fortifications is priceless. Its imposing structure has been a silent witness to the growth and evolution of the city, and went from being a military fortress in the colonial era, which prevented enemies and pirates from attacking and invading this important port, to be considered today as a historical and touristic attraction admired by both, national and foreign visitors.

On November the 2nd of 1984, they were declared a Historical and Cultural Patrimony of Humanity by the UNESCO’s World Heritage Committee, which prevented them from being abandoned and helped them to be preserved as an iconic element of the landscape of the city. It is the largest and most complete set of military fortresses built during the Colony. 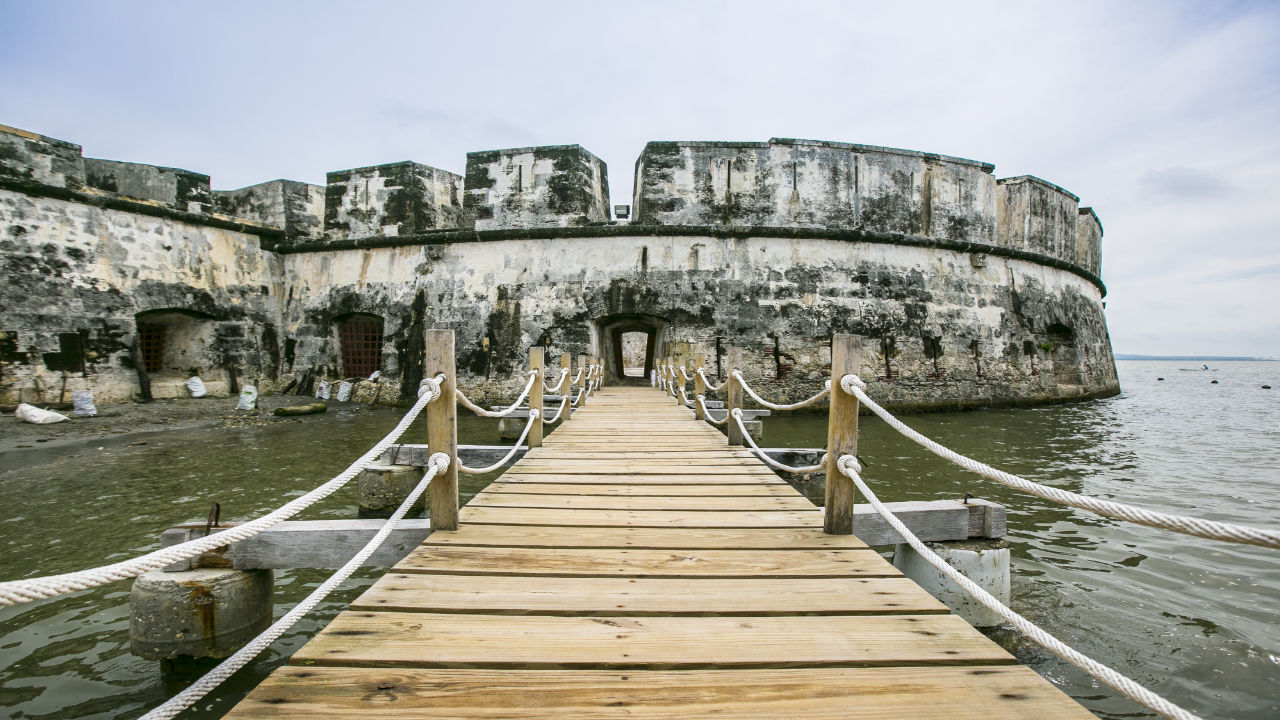 We thank the Fortifications Cartagena de Indias blog for sharing this information with us.

For the construction of the Castillo de San Felipe a different technique than the usual was used, so it was built from the top down. This is how the highest segment of the Castle was the first to be built, so it is said that it was built backwards. This portion of the immense military edification made by the Spaniards is known as “Bonete”, thanks to its resemblance to a four-pointed hat used at the time.

2. Coat of Arms of the Spanish Crown

Despite the struggles of emancipation against colonizers, even today the coat of arms of the Spanish Crown is preserved in the Historical Center of Cartagena. When you find yourself by the Las Bóvedas barracks, located between the Santa Clara and Santa Catalina Forts, do not overlook this historical image in the middle of the structure. 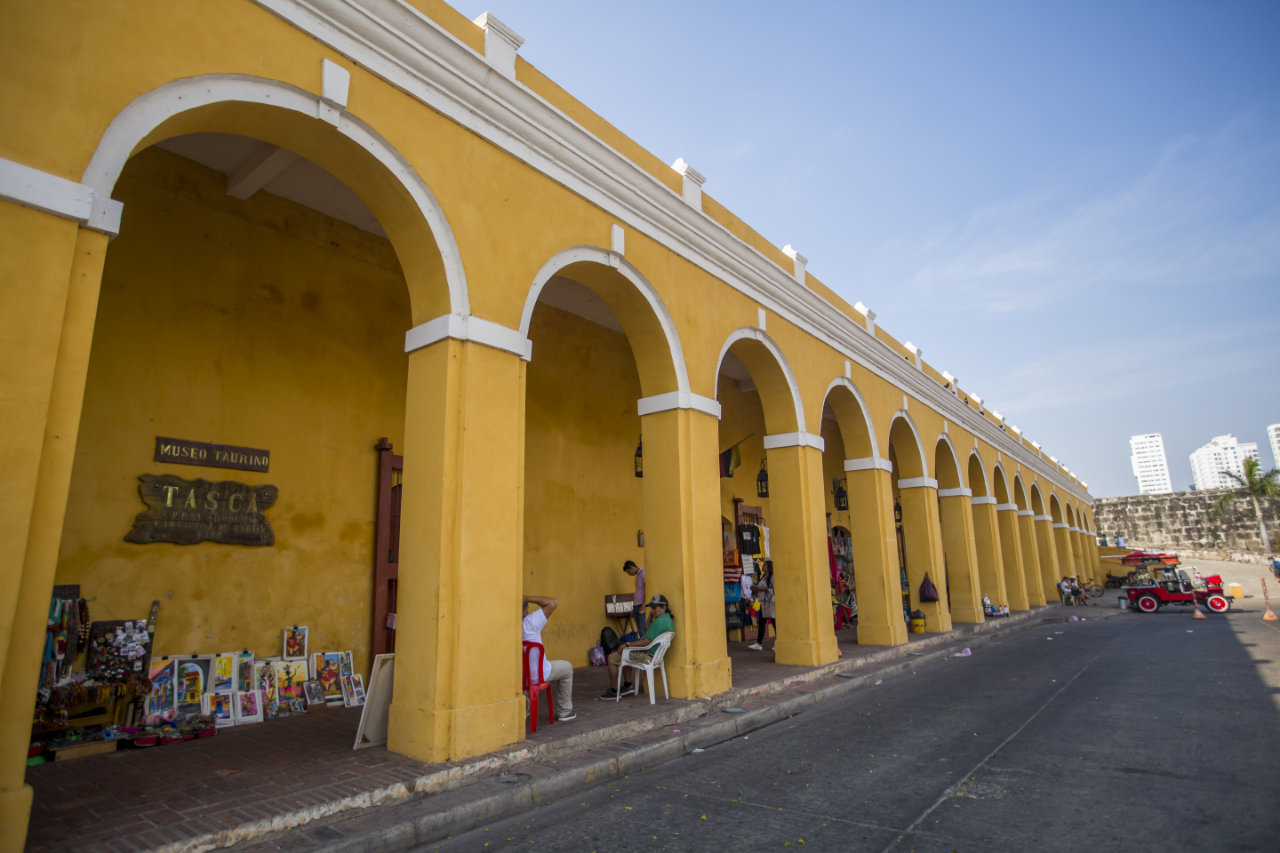 Many people question the cannons that can be seen standing upright in the Fortifications. Of course its goal was not to shoot at the sky, we can simply see them next to the ramps where they were located to help replace those that were defective or to add more attack power depending on the situation. By means of pulleys and ropes, and leaning in the vertical position of these, the soldiers were able to raise to the high part, cannons and carriages. We can also highlight that nowadays the guns that garnish the embrasures of the walls are mostly made of polyester, resin, hard bone, cement, rod, and filler. These replica were elaborated by Master Eladio Gil Zambrana, author of several monuments, statues and plastic works we can see in Cartagena, such as “La India Catalina” and “Los Alcatraces”. 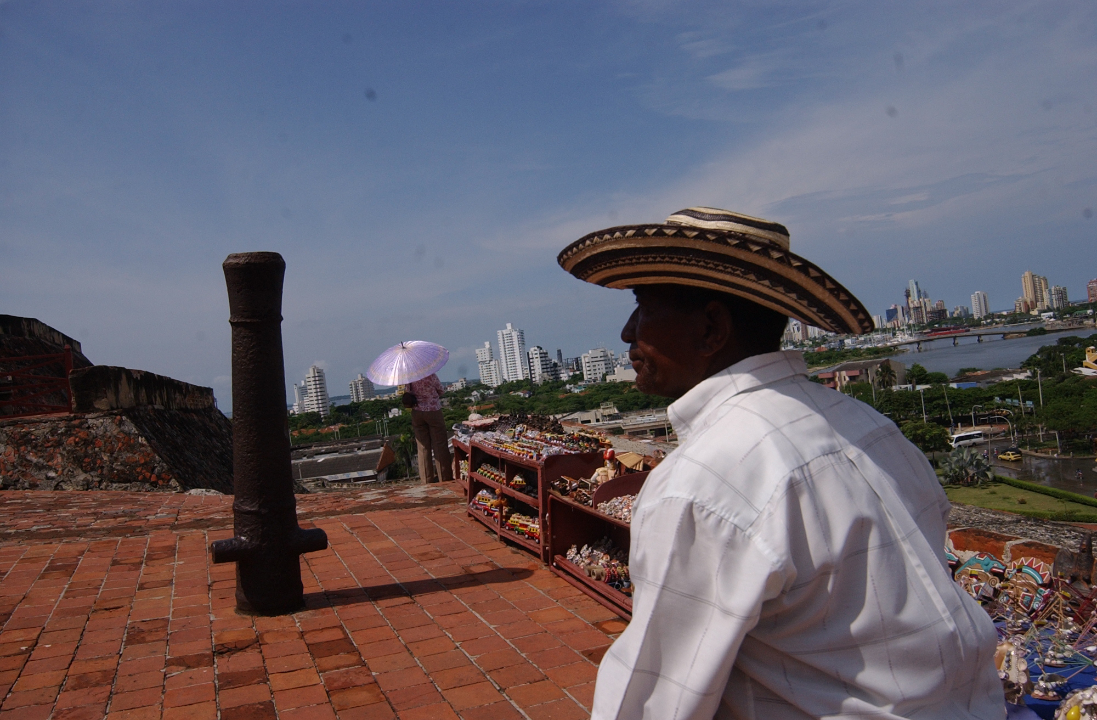 4. Wells inside the Walls

The periods of little rain have accompanied La Heroica since always. That is why inside the wall there are wells or pools to store water. And it is that at the time of the colony the precious liquid was often scarce and they needed these special places to collect rainwater and be able to have this resource. Wells of this type were built in the Bastions of Santa Catalina and Santo Domingo, as well as the Castillo de San Felipe. Currently you can get to know, without any cost, the one that was made in the Santa Catalina Fort near the Las Bóvedas sector. 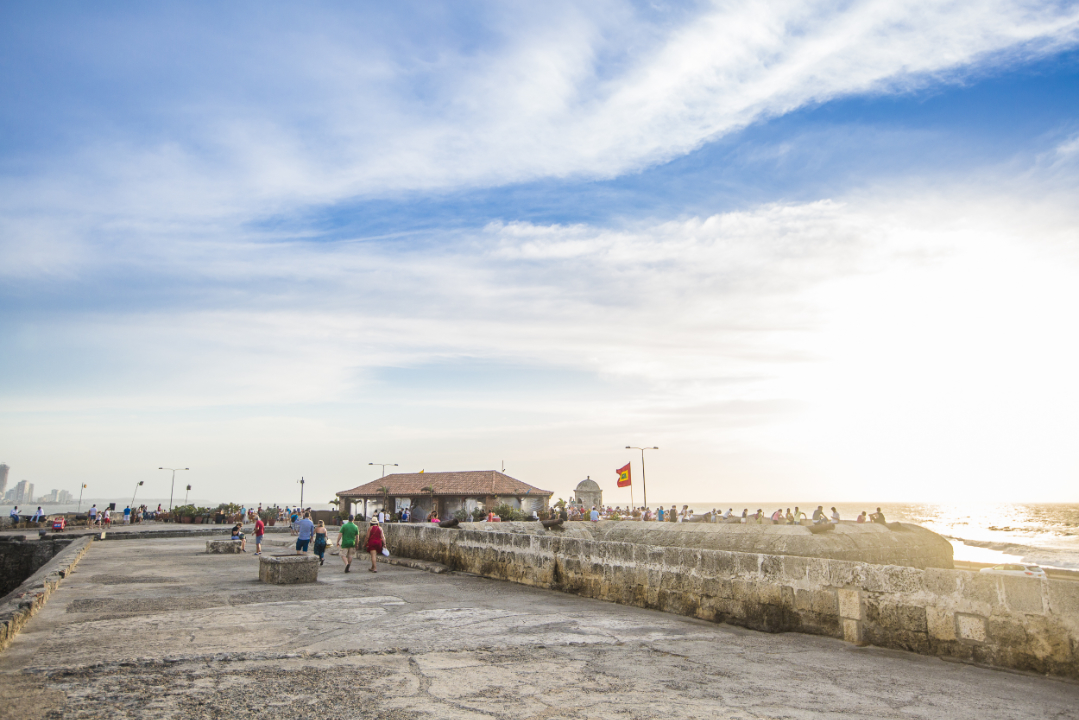 Although with a certain contemptuous tone, the Getsemaní neighborhood was considered a suburb, in which initially it was not planned to build walls to protect it, at the end the Spaniards considered that they should do it as a measure to avoid being taken by the enemy, because its proximity to the Historical Center represented a great threat to the Spanish Crown and could also facilitate an assault on the city. That is why the walls that can we can see en this attractive area of Cartagena do not enclose the neighborhood by the zone of La Matuna, but border it by the bay. You can also be interested: Cartagena: A gorgeous location for movie makers

It is worth noting that, even though at first the Fortifications were built to keep enemies away, and at the same time to protect the city from the entry of strangers, today there is a totally opposite phenomenon around them, and instead of driving away the visitors, now they are a symbol that invites foreigners to know the city and marvel at it.

What initially represented a large bolt of stones and canyons, today is the key to entry to one of the destinations most desired by travelers around the world. 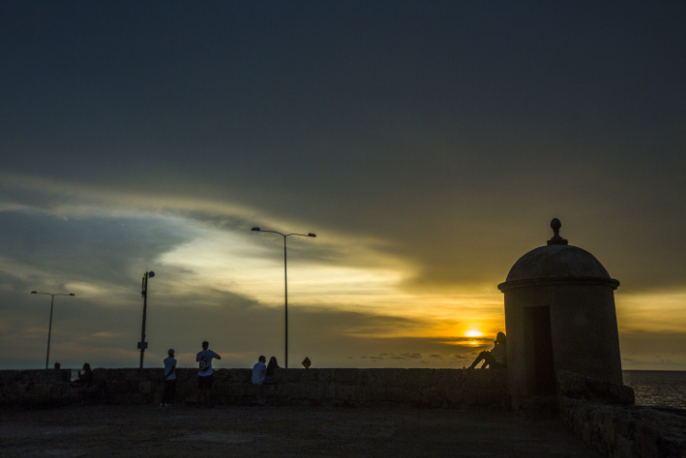 Remember that you can walk throughout the walls, travel the entire circuit that encloses the Historical Center of Cartagena without having to spend money, as well as to visit the Fortifications of Bocachica. In the same way, the entrance to the Castillo San Felipe de Barajas has an affordable value for adults and children, as well as for visitors from the rest of Colombia or who come from abroad.

You must visit these places full of history and tradition during your stay in Cartagena de Indias. Whether in the company of your family, friends, couple, or even by yourself, you cannot miss the more than 11 kilometers of walls and visit the extraordinary Fortifications that make of Cartagena a spectacular city to visit and walk with an amazing Caribbean Sea and a clear blue sky as witnesses.