Emblematic sites of Cartagena: A moment in the “Camellón de Los Mártires”

Cartagena de Indias has on its menu several emblematic sites that go unnoticed by the rush of the days. Before the eyes of many, the “Camellón de Los Mártires” is just a place of passage that connects the Historical Center with the Getsemaní neighborhood.

Today I decided to contemplate all of those details that perhaps people do not take advantage of, but that undoubtedly enrich the history of this so called “Corralito de Piedra”. Sitting on one of the marble benches of this square while the sun falls on the side of the “Bahía de Las Ánimas”, is a plan you can make so that time passes without getting bored, besides enriching your knowledge with the history of Cartagena while you take advantage of the 360° view that includes the emblematic “Torre del Reloj”, the “Bahía de Las Ánimas”, the “Julio César Turbay Ayala” Convention Center, the church of “La Tercera Orden”, the old movie theaters and the “Parque Centenario”. 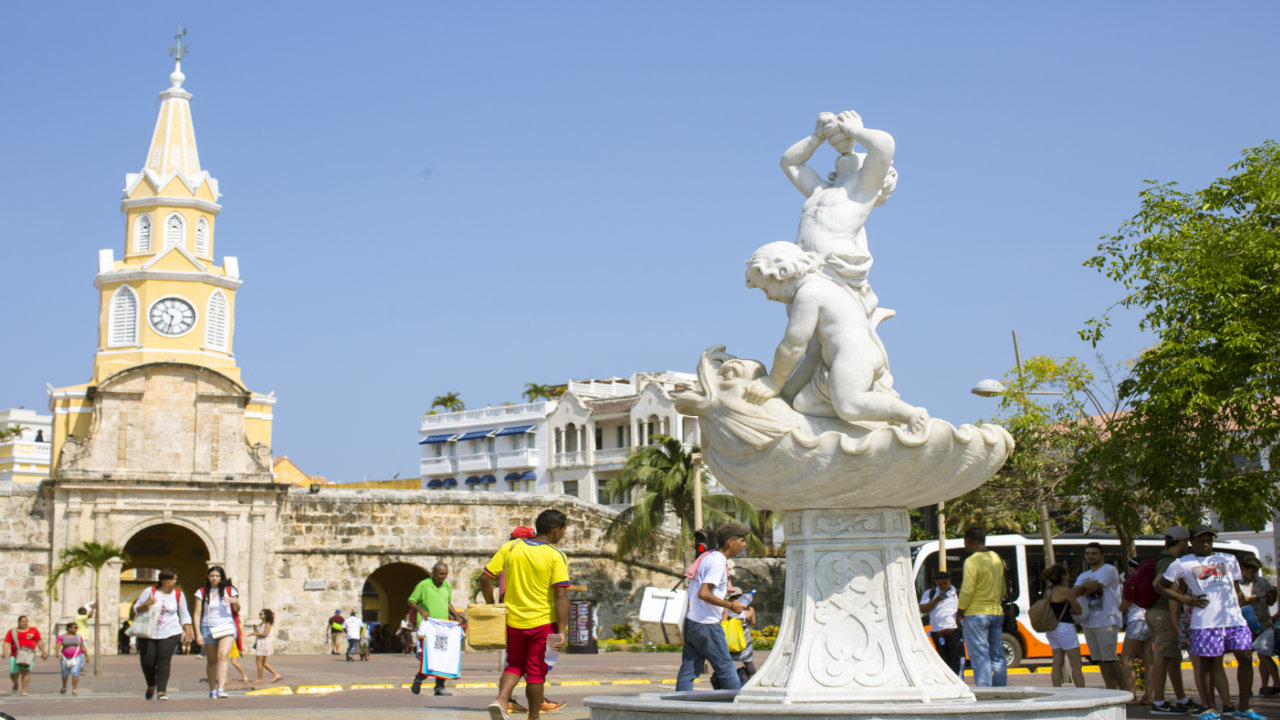 First of all, I had to know where the name “Camellón de Los Mártires” came from. In the description found in this linear square, I noticed that it has had several names, such as “Plaza Matadero”, “Plaza Centenario”, and “Plaza Independencia”, but when it reached the 100 years, this symbolic scenario of the city was renamed “El Camellón de Los Mártires”, honoring several Independence soldiers that were shot in this place under the command of blody Spanish Pablo Morillo.

This is precisely the function of this park inaugurated in 1886 by former President Rafael Núñez, a tribute to the heroes who made part of the battle for the Independence of Cartagena de Indias against the Spanish yoke, represented in busts of people executed throughout the “Camellón” area, identified with their names and, under each one, you can clearly read: “Executed in 1886 for being a patriot”. 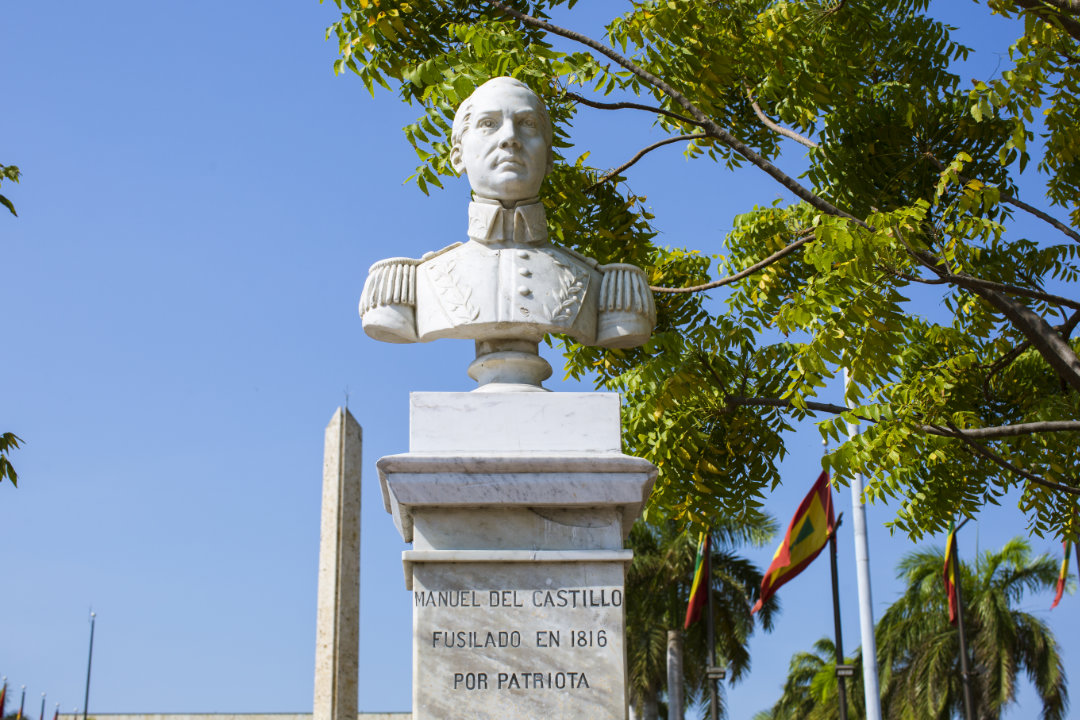 At the heart of the almost 150 meters that make up this place, there is the erect and resplendent figure of “Noli Me Tangere”, a piece donated by women from Cartagena, whose translation into English means “Do Not Touch Me”, and which serves as the image representing the struggle for freedom, especially in Cartagena de Indias. It wears a crown and keeps its right hand raised as if it were stopping the attacks, and, on the left side, it carries the Republican Shield of Cartagena. In addition to this figure, there are two fountains with the figures of children and sea animals carved in marble, which are part of the valuable pieces of this emblematic square.

The presence of trees is distinctive. It seems like a path of nobility to passers-by who cross it in order to get to the “Pegasos” dock, the “Torre del Reloj”, the “Julio César Turbay Ayala” Convention Center, or simply stay to contemplate it.

This place counts with a bohemian atmosphere, where loneliness is never felt because of the movement, on one side, of the traffic that goes from “Bocagrande” to “Getsemaní” and vice versa. This is, without a doubt, another emblematic site of “La Heroica”. 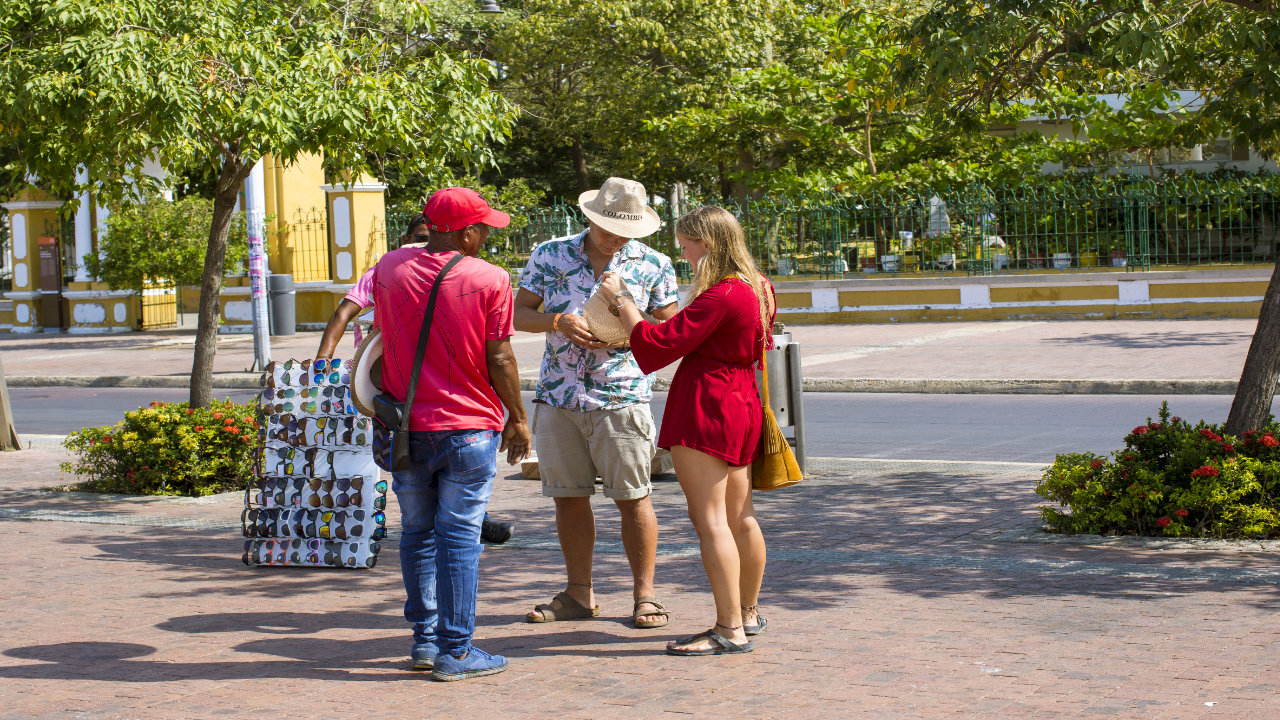