Attention tourists! Get to know the laws of environmental protection and avoid problems

Cartagena has established itself as a great ecological destination for the whole world. Its huge biodiversity and beautiful natural scenery make it an attractive place not only for travelers, but also for countless animal and plant species that inhabit our territories and find in them a refuge to survive and develop.

One of these species and perhaps one of the most threatened is the hawksbill turtle, which is in critical danger of extinction due to indiscriminate hunting to obtain its shell, with which various objects and accessories are made. It is really outrageous to perceive how the vanity of human beings can make them capable of eradicating a species from the planet, just for the pleasure of wearing a bracelet, a pair of glasses, some earrings, among other superfluous items that are not really needed and can be replace with articles made from materials that do not alter the ecosystem and the beings that inhabit it. 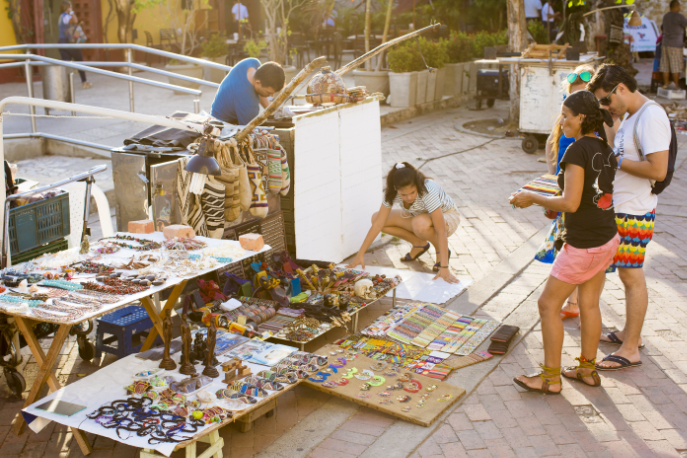 In Cartagena and the Caribbean, campaigns and operations are currently being carried out by environmental organizations such as the Tortugas del Mar Foundation, in the company of government agencies and the Environmental Police, to stop the commercialization of any item made from the shell of the hawksbill turtle. Acquiring this type of products in Colombia is a crime punishable by law, so, if you are not moved by the fate of these beautiful and valuable animals, you should at least keep in mind that, if you request, buy or be seen on the streets using this type of articles, you are exposed to sanctions and to the seizure of your objects by environmental authorities.

The sale of artisanal products, made from different wild species that are in the process of extinction, is a conduct defined as a crime in the Article 328 of the Colombian Penal Code, Law 599 of the year 2000 (unlawful use of Renewable Natural Resources).

Recently, a tourist was seized of several pieces made with the shell of a hawksbill turtle. The visitor, a young woman from Spain, had a necklace and two bracelets that, although she claimed having them brought from her country, they were still confiscated by the Environmental Police, and she also received a sensitization talk so that she does not ask for or buy these accessories. Remember that ignorance of the law does not exempt you from having to comply with it. 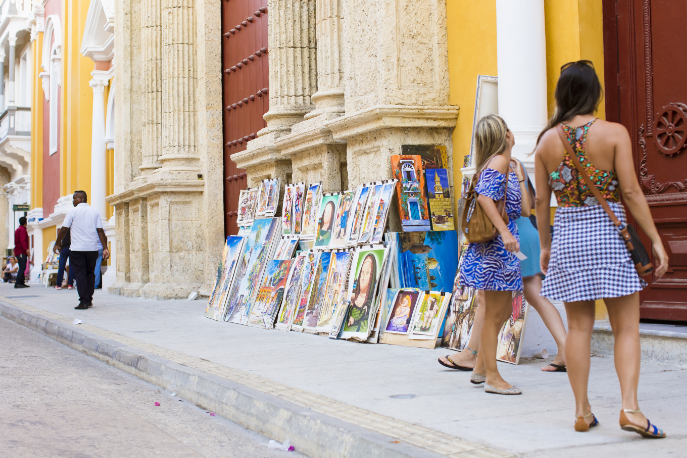 “It is important to continue with the control and surveillance, not just to the sellers, but also to the tourists who buy these pieces. We cannot allow the sea turtles to continue decimating in Colombia and the world”, said Karla G. Barrientos Muñoz, from the Tortugas del Mar Foundation.

The campaigns that seek to eradicate the illegal sale of handicrafts made out of turtle shell, also committed the families that work in the sector of “Las Bóvedas”, the traditional place to sell or buy souvenirs and handmade objects by craftsman all over Colombia, to be the best ambassadors of the turtles and the main responsible for that this type of accessories are not commercialized.

But, how to distinguish an article made with turtle shell? This is the question that tourists ask themselves, so they won’t commit a crime and they can support the campaign that seeks to protect sea turtles in Cartagena and throughout the Caribbean. In the next chart we explain how you can help to take care of an endangered species while avoiding problems with the authorities and guaranteeing an enjoyable holiday in the beautiful Cartagena de Indias. 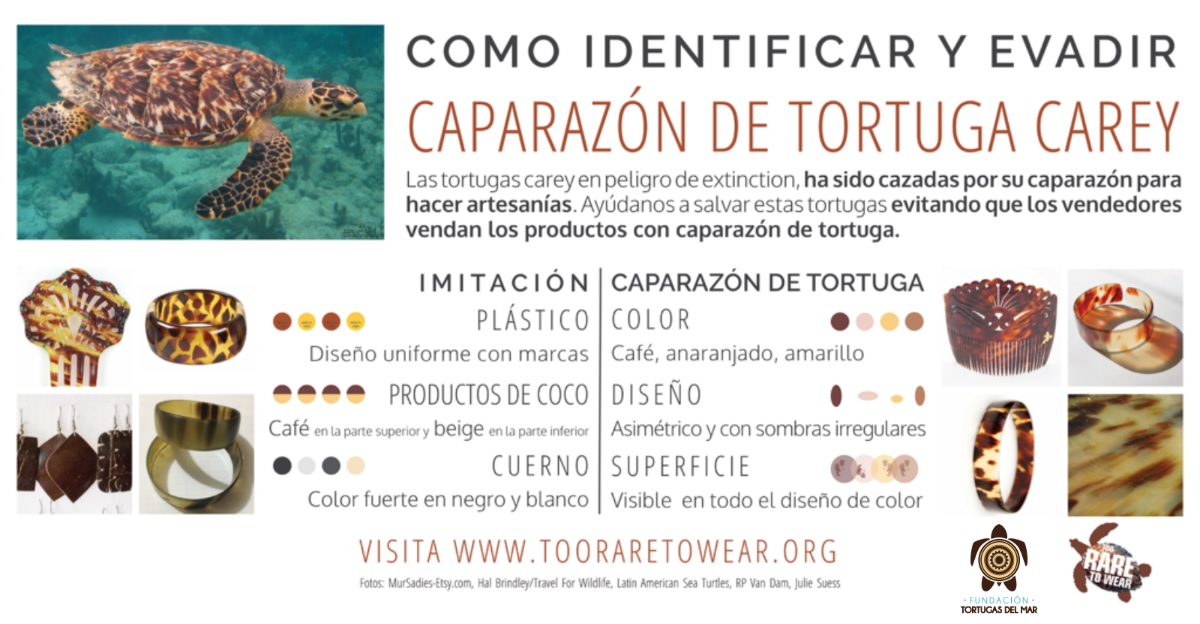